Tell us a bit about yourself.

My name is Fae, I’m a content creator and model from London. I have around 12 tattoos. 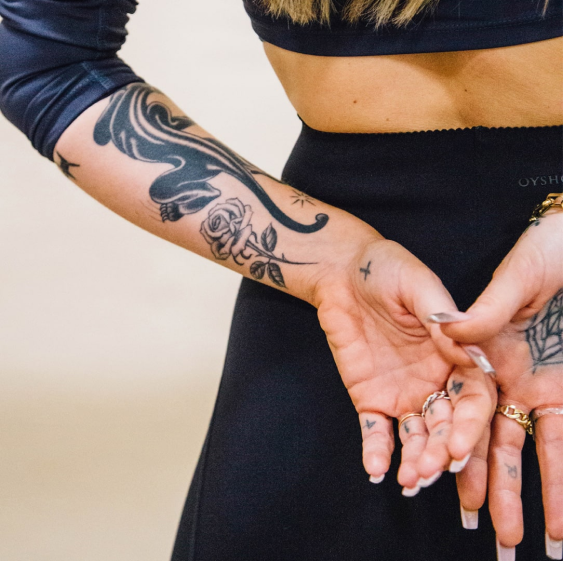 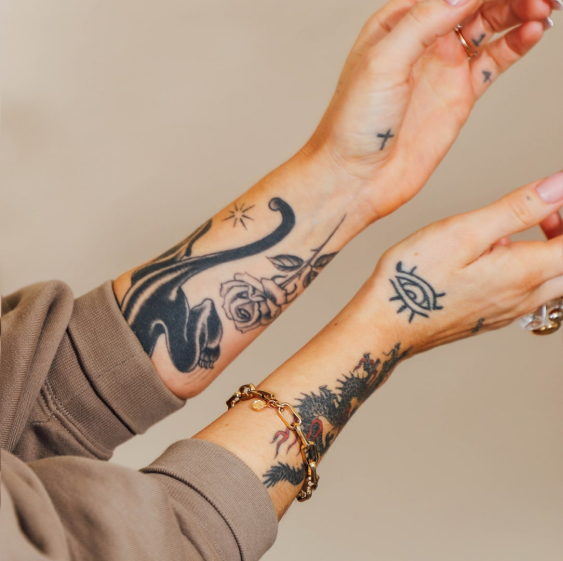 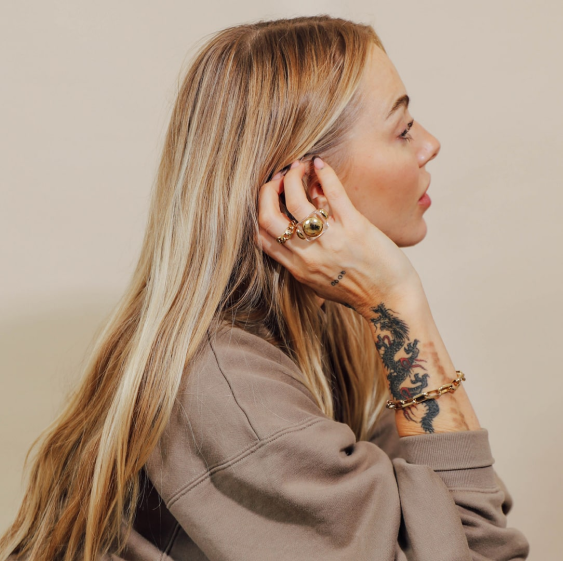 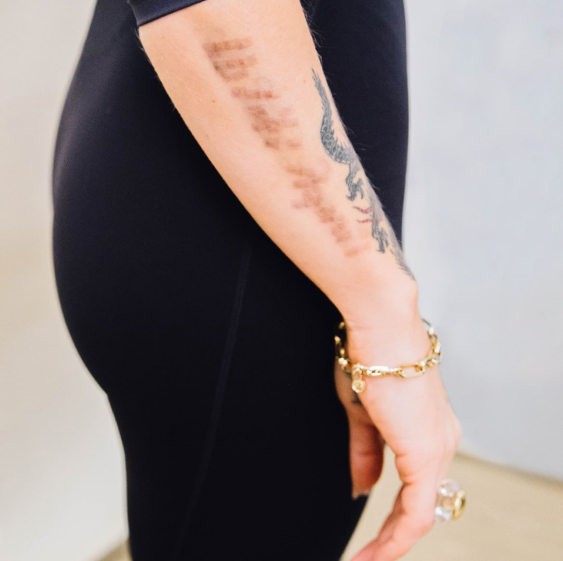 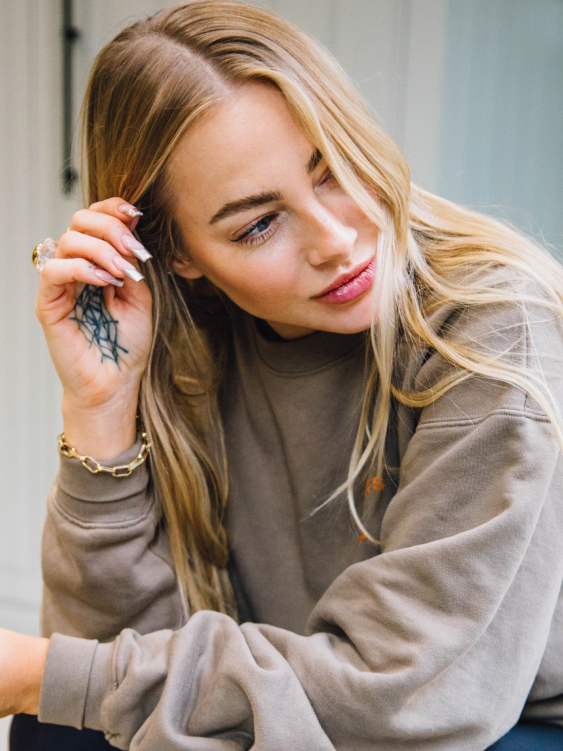 “I haven’t found the removal painful at all, I really thought it would be but it’s totally fine and the team are so quick when using the lasers. I have actually had laser facials which felt more uncomfortable.”

The one I’m having removed; I think it was my second tattoo! It was a phrase written in Latin on my forearm, which I was later embarrassed about translating! I had it done when I was about 18. Like many things, it seemed like a good idea at the time! I remember feeling so nervous walking into the tattoo shop and afterwards feeling like the tattoo was really big and to be honest, I instantly felt regret. 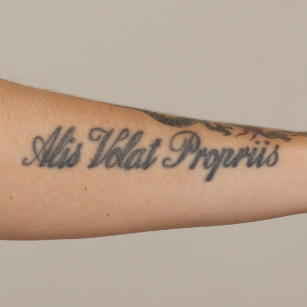 Large ink particles begin to break down in the skin. 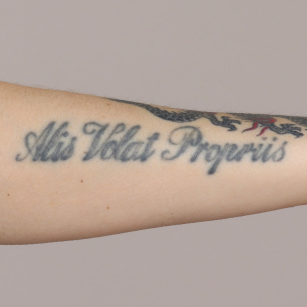 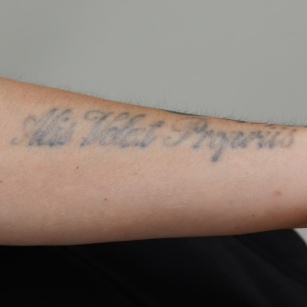 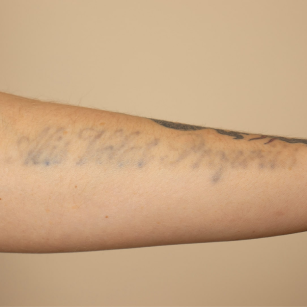 Large ink particles begin to break down in the skin.

It was probably my least favourite tattoo as I had it for so many years and my taste changed I guess. I’ve had around 12 treatments and looking back at old pictures I can see how much it has faded! The difference is amazing. I’m glad it’s nearly gone and lucky that laser removal was an option for me. I’m happy I chose NAAMA for my removal journey.

The experience has been great, it has felt like such a smooth process. The team are lovely and the studio doesn’t have that clinical, daunting feel. I haven’t found it painful at all, I really thought it would be but it’s totally fine and the team are so quick when using the lasers. I have actually had laser facials which felt more uncomfortable.

For me I wanted to go somewhere I knew my skin wouldn’t be damaged or scarred as I have seen this happen to people I know. I wanted to find a clinic I could trust. 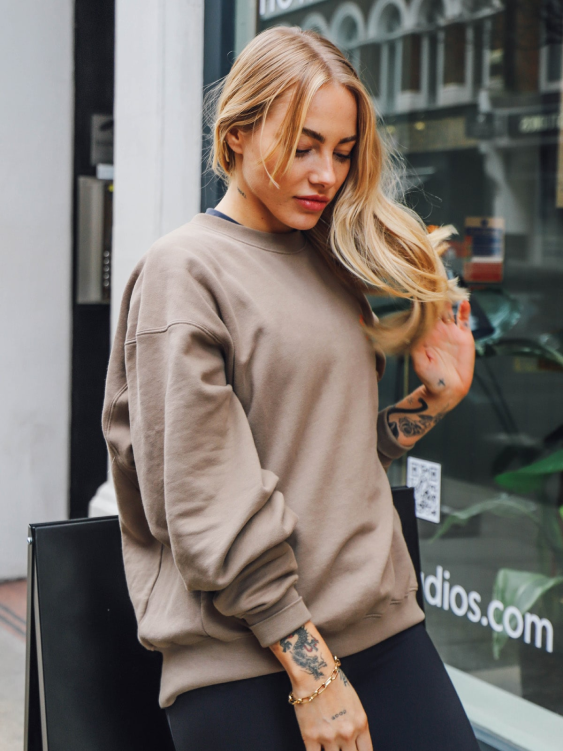 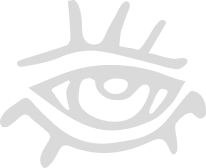 REQUEST A CALL BACK

“I really love tattoos and felt like it was preventing me from getting more.”

CARL’S STORY · REMOVAL FOR A COVER UP

“It’s gone. I’m still amazed. The tattooist that I went to was amazed.”

“I’m excited for the fresh start and to get rid of something that just upsets me.”